Mariner stuff not worthy of a whole thread

Shows how desperate you have to be....but you also need squad fillers at 80kpa. Not complete mugs but not worth a penny more.

style_cafe said:
I`d rather let theory stay just that in this case.
Why put the fans through more pain?
Shaun and Anton tried but came up short,they will learn a lot from this without having the burden of history on their shoulders.
They definitely need to aim higher.
Milan and Ziggy were good but not great.
A lot of our cap was with Weemac and Matty but sadly time has passed on them.
Matty still has value to the team in terms of leadership and inspiration but do we have room in the coaching dept?
or could he maybe work with the team in training but in an unregistered player/coaching role that wouldn`t affect the cap?

Birras is such an important player now. Make him captain and build the team around him.
Give him Matty`s share of the cap to keep him and get him involved in the leadership group.
MC has to invest more for decent players.
We need a decent 9, another sub striker and a class centre back.
They are very basic needs at this stage....

MC is basically a dead duck. Our only hope is to sell. The bloke is a flog.

It now looks like a f**king genius move from someone from the council to put CENTRAL COAST on those seats last year doesn't.
Nice bit of exposure on Fox coming up.
The germ ridden hordes will be coming up the freeway for a visit soon I suppose. 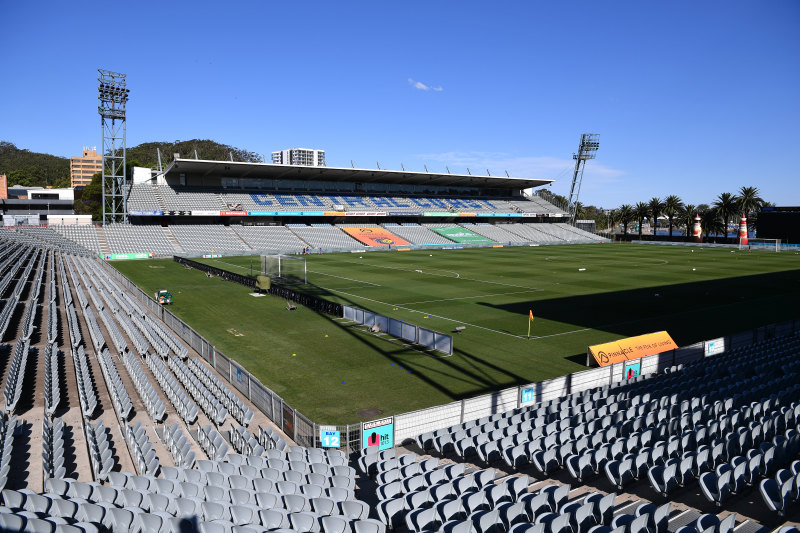 Some games with a funny shaped ball will be played at the stadium.
No spectators sitting in the seats will mean the CENTRAL COAST wording will get some good coverage.

No spectators? They'll get bigger crowds than Mariners do.

From dom Bossi in the SMH - makes sense, near the airport and it looks like NRL have CCS tied up

Sydney the frontrunner to host A-League hub in July
By Dominic Bossi
Greater Sydney looms as the preferred destination for the A-League hub with Football Federation Australia finalising plans to play the remainder of the season out of the city's south and Wollongong.
A deal could be finalised as early as next week to finish in one location, bringing all 11 teams into one region to play the final 28 games of the regular season as well as the finals series.

Makes sense, given the comp is fairly NSW-centric - and then Sydney being expected to be the home GF team anyway 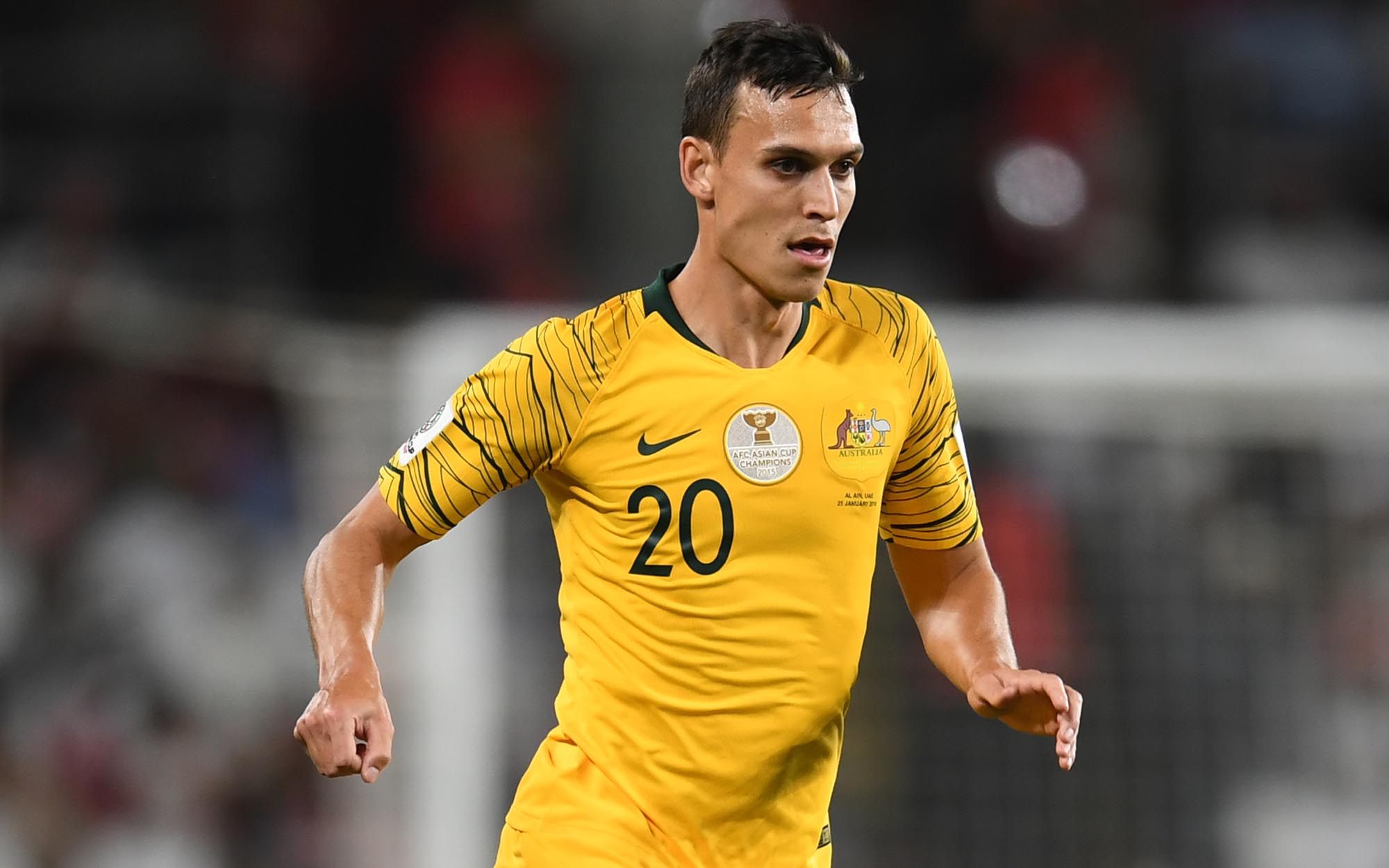 Socceroos defender Trent Sainsbury shared his gut wrenching story about his first experience moving abroad to play in Europe in an Instagram Live video with fellow Australian defender Aziz Behich. A 22-year-old Sainsbury got his first taste of European football when he departed the Central...

How much truth is there to these "Mariners moving to Brookvale" rumours? The more I read the scarier it gets.

jacobclear said:
How much truth is there to these "Mariners moving to Brookvale" rumours? The more I read the scarier it gets.
Click to expand...

jacobclear said:
How much truth is there to these "Mariners moving to Brookvale" rumours? The more I read the scarier it gets.
Click to expand...

General consensus on here is that MC released that rumour to put pressure on the council over the stadium management negotiations - because there's nothing about the move that would actually make any sense. Also, the FFA were adamantly against relocation and there's no reason to think the independent league would be any different. The 3 Sydney clubs certainly wouldn't want CCM relocating to Sydney.

A pointless and laughable attempt to blackmail an elected body into giving him a public asset.

Hope CCC stay strong and never give it to him

FFC Mariner said:
MC hates being beholden to a local council as a landlord (because they make $$ and he doesnt) - Brookvale is council owned

A pointless and laughable attempt to blackmail an elected body into giving him a public asset.

Hope CCC stay strong and never give it to him

Public tender and lets see if a proper business wants to take it on not some 2 bob chancer
Click to expand...

Singo had management rights for years and no improvements were made. GCC/CCC have it now and did nothing to improve it until the focus from Charlesworth. They also promised extra changerooms that they delivered a year late and we missed our chance for a W-League team.

I don't want MC to own a public asset - but the current and previous tenants have just locked up the precinct for over 20 years.

He shouldn’t own the asset but if the council can lease it to him for a fair price it’s win win. The council have shown limited interest or success in bringing more events to the coast and really utilising the asset as well as promoting the coast as a destination. If the council can secure a similar amount to what they would have made anyway they aren’t losing out.

The club then has the potential to bolster its income and gives them flexibility with promotions knowing they will get a cut of food or beverage sales to offset losses at the gate. Right now there’s no incentive to open the gates and fill the stadium at a loss.

Alternatively the club limps along with decreasing crowds impacting the share the council gets from food and beverage, bringing less people to Gosford for events. Eventually they fold or agree to sell their license to a bidder elsewhere the other clubs agree on and all those match day revenues dry up. The stadium will see maybe 5 events a year and make losses (Or greater losses) for rare payers. No one wins there.

I agree that a lease situation is a win for the council in theory.

But I can’t help but think that MC isn’t the right guy. A responsible council would tender and likely find a better applicant. I fully agree that the ‘team’ would be the ideal partner, the current owner of that team has driven every investment in this country into the ground, and I can’t see why the stadium rights would be any different.
T

Coastalraider said:
But I can’t help but think that MC isn’t the right guy. A responsible council would tender and likely find a better applicant. I fully agree that the ‘team’ would be the ideal partner, the current owner of that team has driven every investment in this country into the ground, and I can’t see why the stadium rights would be any different.
Click to expand...

A valid concern but I have a couple of considerations:
- How hard will another operator fight to bring events to the central coast? If you get an operator like Venues Live they might do a better job in some areas but how hard are they going to fight for us to steal an event away from BankWest or one of their other stadiums?
- The primary tenant and main source of income will be the mariners, a third party operator does nothing to ensure the survival of the club and while they will want that income have little other stake in the coast.
You must log in or register to reply here.
Share:
Facebook Twitter Reddit Pinterest Tumblr WhatsApp Email Link
Top